The City of Suwanee functions under a Council-Manager form of government. Suwanee's City Council is comprised of six members, including the mayor.

Suwanee’s six Councilmembers are responsible for creating the broad vision for the City and fashioning and adopting policies and ordinances that forward that vision. Councilmembers approve the City’s annual budget, make appointments to various citizen-run boards, and vote on rezonings and variance requests. They also work cooperatively with various regional and state organizations to address issues of regional impact. In order to have productive and informed sessions, the City Council voluntarily adopted a Code of Conduct.

The mayor presides over Council meetings, votes along with other Councilmembers on issues, and often serves as Suwanee’s official representative at area meetings, ribbon-cuttings, and ceremonial functions. The mayor signs the City’s official contracts and agreements.

A professionally-trained city manager is responsible for the day-to-day operations of the City. Functioning as Suwanee’s chief operations officer, the city manager prepares the budget, manages staff, and implements the City’s broad policies.

The City of Suwanee has two primary vision statements which are both compatible and informed by the other. The vision statements are important tools which guide decisions about how to manage growth within the city. 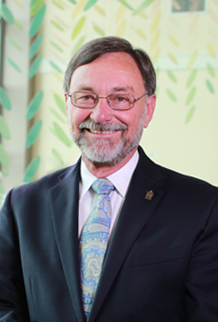 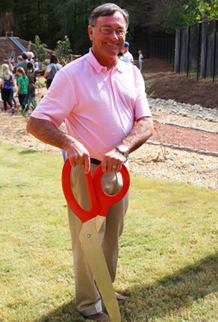 Jimmy Burnette served on Suwanee’s City Council for 16 years before being elected mayor in 2011.  He has provided long-term leadership and vision as Suwanee has grown into a regional leader in the areas of smart managed growth, downtown development, and parks.  But Burnette’s Suwanee roots go even deeper than that: He was born and raised in Suwanee, and his father served as a City Councilmember for 32 years, from 1963-95.

Burnette is an active member of the Georgia Municipal Association’s Legislative Policy Council and Federal Policy Council.  He serves on the board of Gwinnett Clean and Beautiful and he is chairman of the Partnership Gwinnett Public Funding Entity.  The mayor also is the lay leader at Suwanee United Methodist Church, of which he is a longtime member.  He has a bachelor’s degree in biology from Georgia Southern University and is a graduate of the 2003 Leadership Gwinnett class. 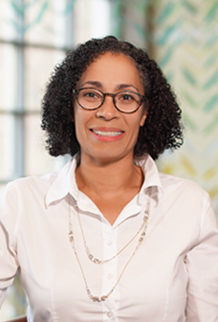 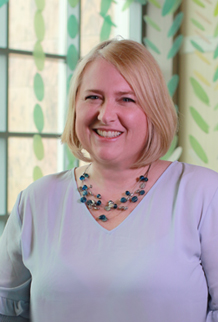 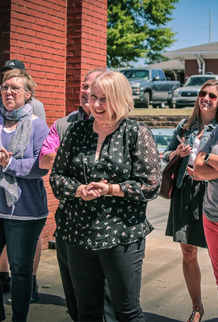 Beth Hilscher is a Suwanee attorney who first came to City Council in July 2012 to fill an unexpired post. A Gwinnett County resident since her high school days at Shiloh, Hilscher and her family, which includes husband Steve and children Ryan and Emily, have lived in Suwanee since 1999. Hilscher's law office is on Main Street, where she works primarily with small businesses and estate planning. She's been a member of the Downtown Development Authority, active with Suwanee Kiwanis, and serves on the North Gwinnett High School Council and the board of Suwanee Performing Arts. She previously served on her Ruby Forest Homeowners Association board and is a graduate of Leadership Gwinnett. Hilscher earned a bachelor's degree in education (with minors in psychology and art) from North Georgia College and a law degree from Georgia State University. "As a business owner, property owner, and a parent," she says, "I want to ensure that Suwanee continues to be a wonderful place to raise a family and operate a business." 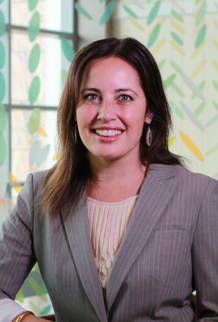 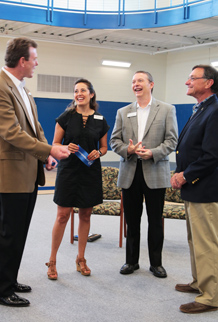 First elected to City Council in 2014, Linnea Miller  has been active in Suwanee and other community activities since moving to the city 21 years ago from her hometown of Grand Rapids, Michigan.

Committed to serving her Suwanee constituents, she has participated in advanced leadership and governance programs including: the Leadership Gwinnett (Class of 2016), the UGA/Carl Vincent School of Government Leadership Institute (2017) Regional Leadership Institute (class of 2018) and the Georgia Municipal Association where she earned a Certificate of Excellence for 120 hours of advanced training.

Linnea has been a leading figure in creating Suwanee's reputation for being an innovative, cutting-edge community that is attractive to families and business. She was one of the founding members of Suwanee's Public Art Commission and served as its chairman in 2012, during which the City's nationally renowned SculpTour was initiated. In addition, she serves as an ambassador for public art initiatives in Gwinnett, and serves on the board of ArtWorks Gwinnett.

Beyond her community leadership and government roles, Linnea is actively involved in education as a member of the North Gwinnett Schools Association and serves on the school council for North Gwinnett High School and North Gwinnett Middle School. She is a small business owner of the consulting firm, Long Table, LLC. 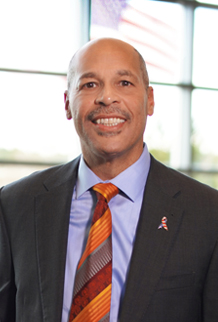 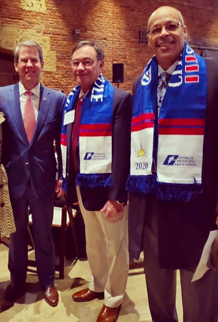 Larry Pettiford was elected to the Suwanee City Council in 2019 after serving on the Zoning Board of Appeals and Planning Commission for nine years, working on the 2020 Vision Plan and 2030 Comprehensive Plan, and volunteering in the early days of Suwanee Fest.

A native of Michigan, Mr. Pettiford moved to Suwanee in 2005 with his wife and two children after serving in the United States Air Force. He has been self-employed since 1997 in the automotive and real estate appraisal industries. Mr. Pettiford also currently serves on the Lanier Tech Advisory Committee, Wyndham Vacation Ownership (President), and provides oversight in his local church.

Mr. Pettiford has a sincere love for people, our country, and our city, and is truly honored to have the privilege of continued service and the opportunity to improve the quality of life for the residents and businesses in the City of Suwanee.

“My greatest desire for the Suwanee citizens is for them to have the confidence that their opinions and involvement are desired, and truly make a difference in our decision making process.”

The mayor is elected by popular vote. Councilmembers serve four-year terms.  They run for specific posts, but serve citywide. Terms of office begin January 1 following the election. Elections are held every two years. Click here for more information regarding elections and qualifying for office.

In order to run for mayor or City Council, candidates must: