The Suwanee Police Department is a nationally accredited (CALEA) and State of Georgia certified police department – one of just 56 CALEA accredited agencies in Georgia. The city currently handles approximately 82,000 calls for service per year. Average response times are 6.26 minutes for non-emergencies and 4.86 minutes for emergencies.

The city’s police department provides patrol, investigations, and support services within the city limits of Suwanee. The Department has mutual aid agreements with nearby police jurisdictions for other services such as, but not limited to, K9, SWAT, and other specialized services.

The city’s guiding philosophy is based on the Community Oriented Policing approach. This philosophy focuses on high levels of community interaction and police visibility. This proactive approach is intended to make Suwanee as safe as possible by deterring crime and/or interrupting criminals prior to their actions. 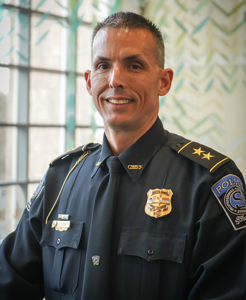 The Suwanee Police Department is dedicated to providing exemplary service by maintaining a proud tradition of PROFESSIONAL, ETHICAL, and KNOWLEDGEABLE policing; remembering always our commitment to the community and the citizens we are sworn to serve.

The Suwanee Police Department is proud to have earned national accreditation from the Commission on Accreditation for Law Enforcement Agencies (CALEA). In meeting CALEA's 460+ professional standards, the Suwanee Police Department has voluntarily demonstrated its commitment to excellence in law enforcement. The department also has earned statewide certification from the Georgia Association of Chiefs of Police.

Less than one percent of law enforcement officers from around the world graduate from the FBI National Academy – considered the Harvard of law enforcement training. Two of the three members of the Suwanee Police Department's top management team – Chief Mike Jones and Captain Cass Mooney – are graduates of the program.

The success of any police department depends upon the support and cooperation it receives from the people of the community it seeks to serve. It is of primary importance that the officers of the Suwanee Police Department strive to maintain the respect and confidence of the citizens of Suwanee and the public at large.

The Department’s Standard Operating Procedures (SOPs) establish policies and protocols for police actions, expectations and responsibilities.  These SOPs include policies relating to all facets of police operations including, but not limited to, Use of Force and other related items.

The City of Suwanee Police Department exists to serve the community by protecting life and property for all citizens. Paramount to the mission are the values that guide the work and decisions; they are the foundation upon which our policies and operations are built. These values are non-negotiable and shall never be ignored for the sake of expediency or personal preference.

Suwanee Policies Review in Regard to 8 Can't Wait Program

The Department reports crimes via a web-based tool called CityProtect.

Citizens or insurance companies may request incident reports at the cost of $5.00 per report. To expedite your request, please include the case number.

Requests sent via mail should include cash or a check, made out to the City of Suwanee, and a stamped, self-addressed envelope and be sent to the Suwanee Police Department Records Section - 373 Buford Highway, Suwanee, GA 30024.

Reports will be ready 3 - 5 business days after the incident.

Reports can be picked up in person at both Police Department locations:

File a Complaint or Compliment

It is the policy of the Suwanee Police Department to actively investigate all citizen complaints received, including those filed anonymously.

The Suwanee Police are happy to routinely check the homes of City of Suwanee residents while residents are out of town. Requests must be submitted at least 48 hours prior to departure. If you should return from your trip early, please call the Suwanee police at 770-945-8995 or e-mail housecheck@suwanee.com.

The law does allow for touching the phone to dial, answer, or hang up a call. It also lets drivers use the GSP navigators on the phone. 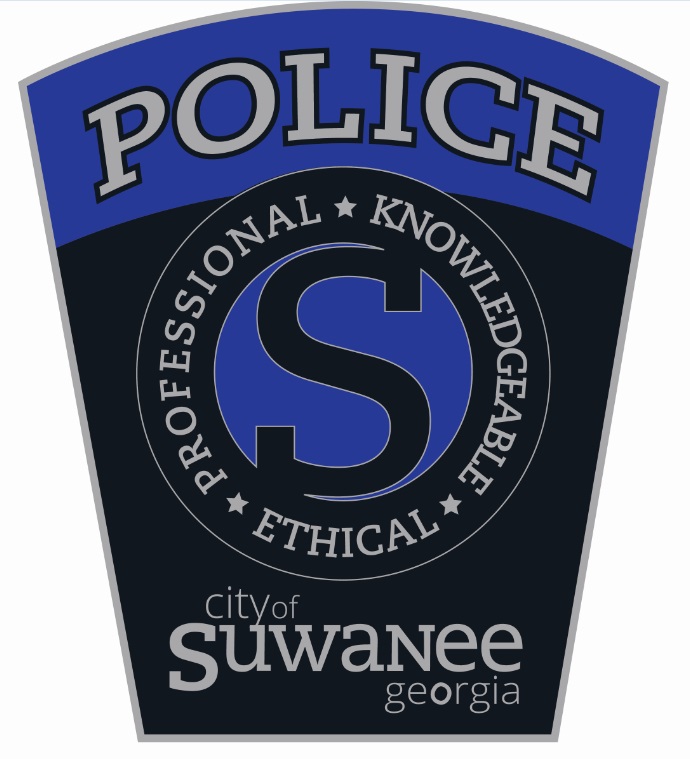 Today the Suwanee Police Department is both nationally accredited and state certified and provides around-the-clock service for its 19,000 citizens. But for 13 years after the city's incorporation in 1949, Suwanee police services were provided by one or two part-time officers who primarily worked on weekends. A full-time department was established in 1962 upon the hiring of the city's first police chief, W.O. Pass. Since then, the following individuals have served as Suwanee's Chief of Police:

Throughout the department's history, only one officer, Chief James Knick, has been killed in the line of duty. On April 27, 1965, Chief Knick stopped a car that had been reported stolen. Immediately after the stop, Chief Knick was shot by the driver of the vehicle with a .32 caliber handgun. Shortly after the shooting, law enforcement officers from surrounding agencies spotted the suspect and gave chase. The suspect wrecked his car on McEver Road in Hall County, exited the car with a handgun, and was shot and killed by responding officers. Chief Knick was 38 years old. A plaque honoring him is displayed in the lobby of the Suwanee Police Department.

Free viewers are required for some of the attached documents.
They can be downloaded by clicking on the icons below.